Team Energy is already looking for motivated commission members that are willing to organise the lustrum edition of Energy Now in 2022. The road towards this prestigious event starts at the beginning of the coming academic year (September 2021), so if you are looking to broaden your network, improve your professional skills and partake at the hearth of the energy transition you should look no further! Alongside your study, the organisation of Energy Now provides you with exactly that, and more.

Below you will find the answers to your most pressing questions. If you still have any doubts or unanswered inquiries you can contact us using the contact form or send an email to info@team-energy.nl. Excited? Leave your contact details below and we will reach out to plan a brief informal coffee-talk to get acquainted and discuss the options. Don’t wait for too long, once the commission is filled you’ll have to wait another year! 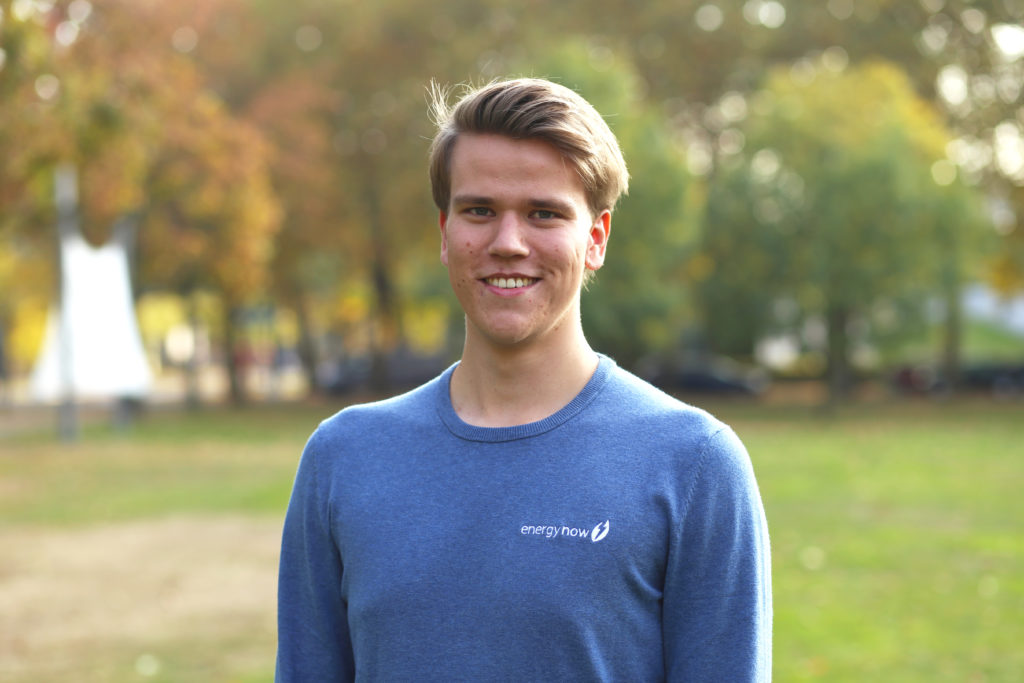 The most important thing I learned during my time organising Energy Now is valuing your strengths and the strengths of your colleagues to reach your goal. Also knowing your weaknesses, and working together to improve those and making sure you develop your skill set. 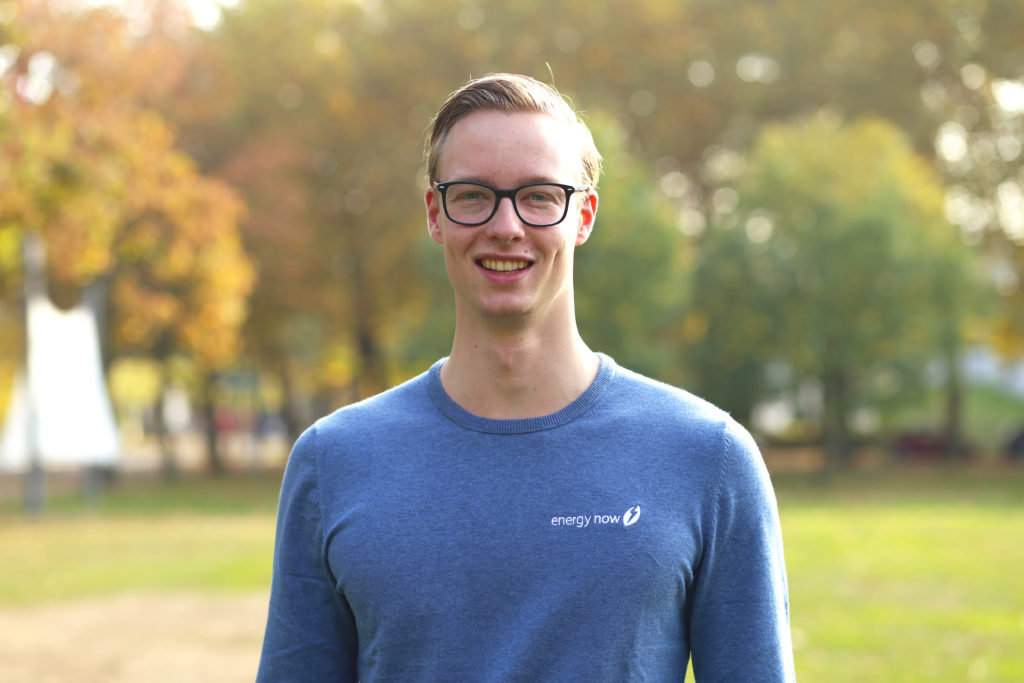 As a Mechanical Engineering student Energy Now was a great way for me to learn new professional skills that are not tought in my curriculum. Being responsible for the planning and logistics of the event, I learned a lot about the practicalities that are involved in organising an event in a larg venue as the Evoluon. At the same time I learned a lot and gained new insights with respect to the energy transition, making it a very rewarding experience for me! 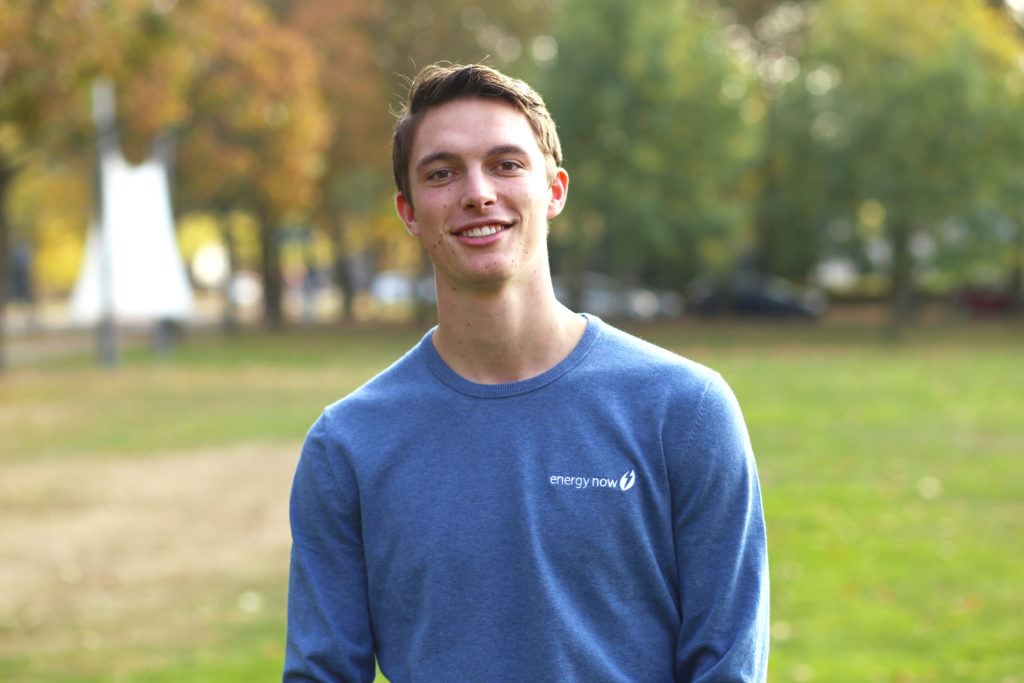 Energy Now has helped me to work towards a common goal within a team. It is very valuable to experience the process of executing professional tasks to contribute towards a bigger goal. 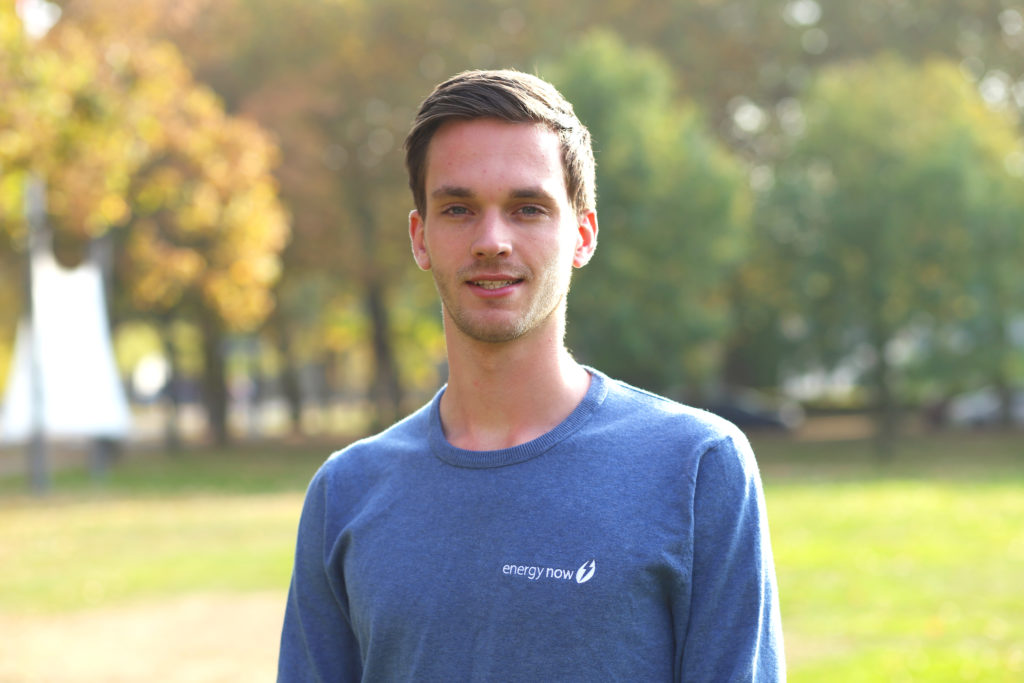 As a Sustainable Energy student, organising Energy Now has been an exciting and invaluable experience. I have gained great insight and skill in managing the financial aspects of a big project, but also in the elements concerned with the presentation of the congress’ image to the target audience. Also, working with companies in my field will surely pay off in the search for my graduation project! 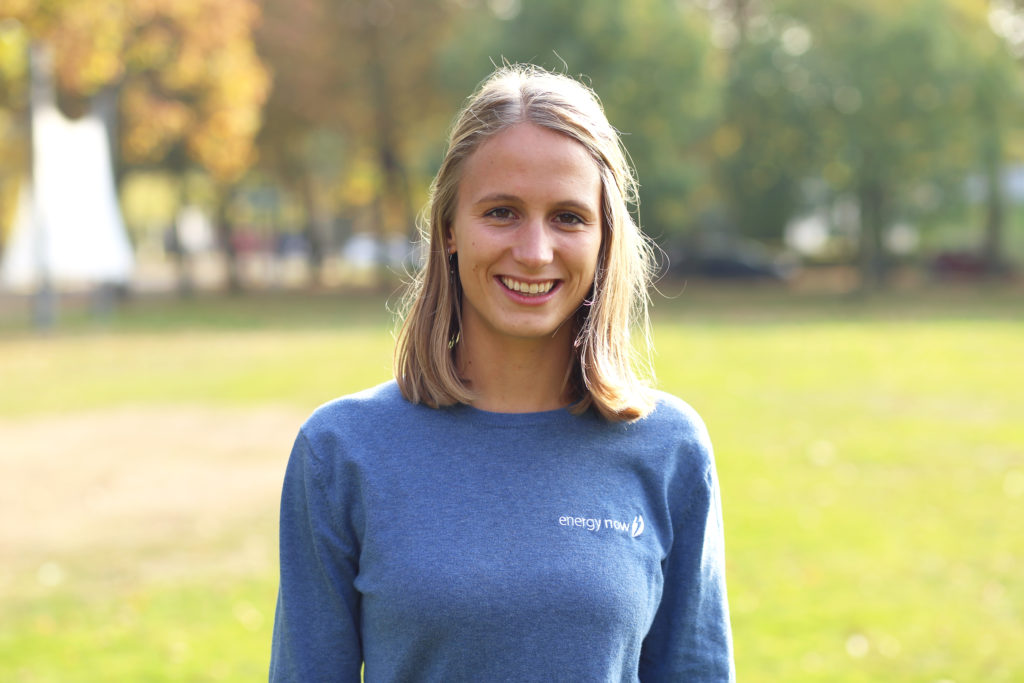 As an Industrial Design student organising Energy Now has been a great and very useful experience for me. It’s fun to learn to work with students from different study backgrounds. I really liked to apply my graphic design skills in a professional way. Organising the congress also helped me to improve my professional communication, planning and meeting skills. Besides this, it’s very rewarding to contribute to the Energy transition by bringing many partners together who all want to create a better future! 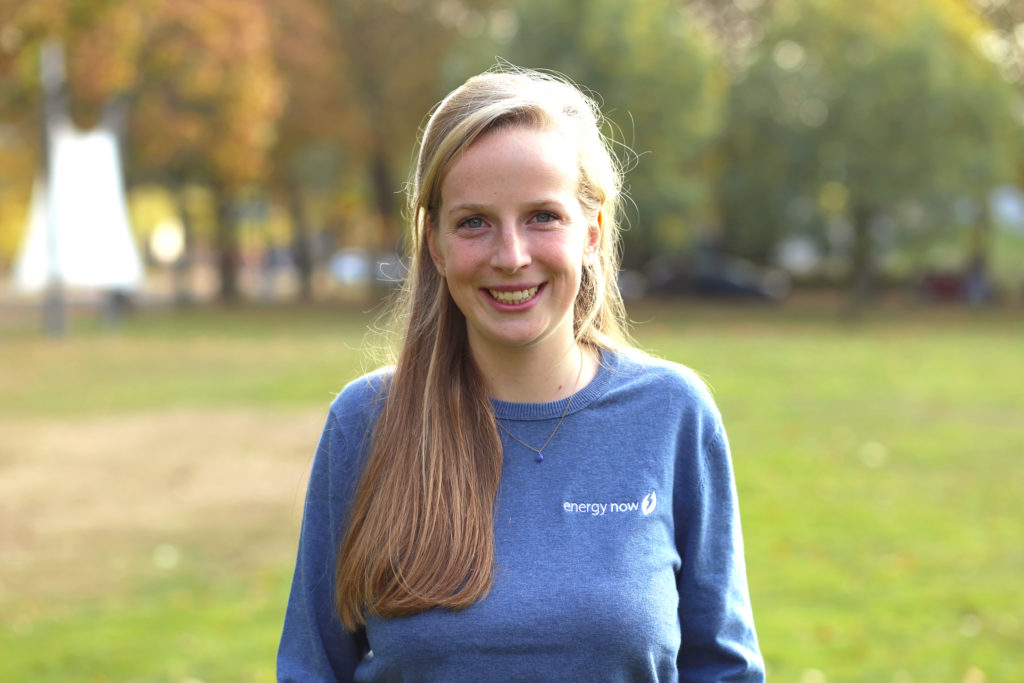 Organising the Energy Now congress helped me to improve my professional skills, for example: working in an interdisciplinary team, making important choices and having contact with interesting companies. During the process, I also learned a lot about sustainability and the energy transition. Because of both aspects, I think being part of the Energy Now committee is a valuable experience! 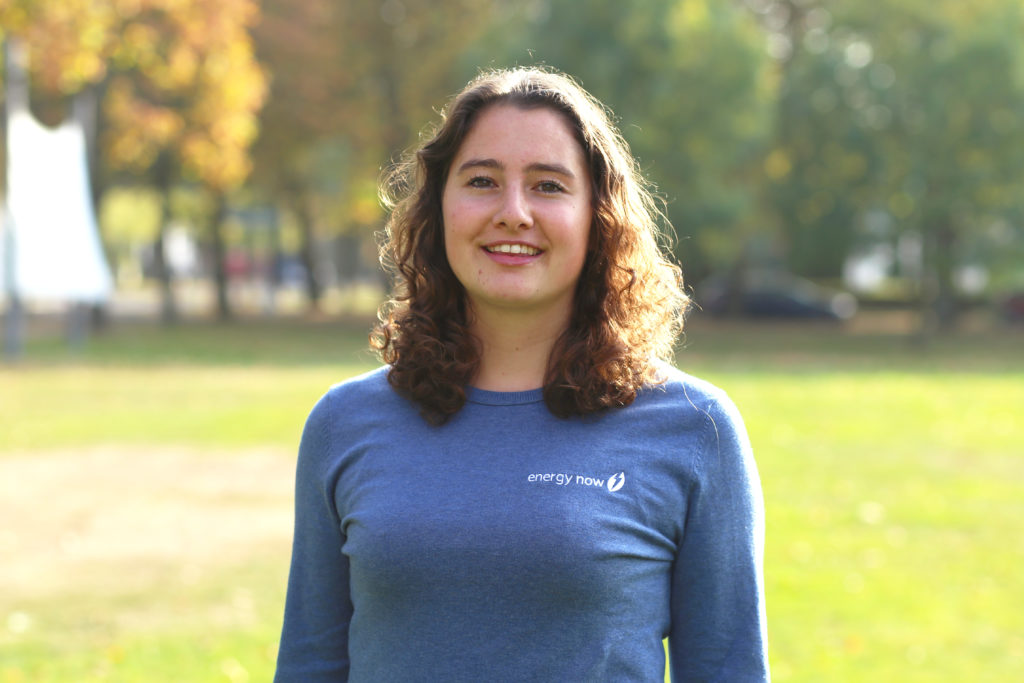 By planning conversations with experts and organising panel discussions I expanded my knowledge in the field of the energy transition. I developed my skills in communication with professionals by visiting congresses and talking with related companies and start-ups about new partnerships and collaborations. It was a very satisfying experience to work in an interdisciplinary team on such a big event to bring the many parties involved in the energy transition together.

Sounds good? Send us your motivation and CV via the Team Energy application form!

Still have some question first? Share them through the form below! 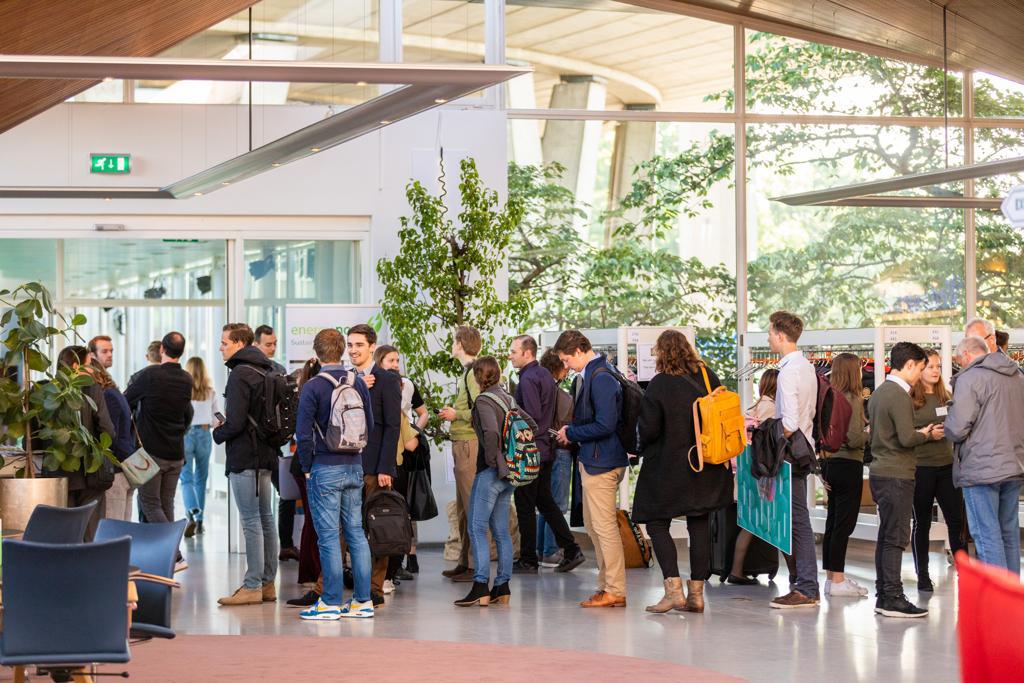 Roles in the Energy Now commission

Or chairwoman. You will be the main face and representative of the Energy Now commission and event. Within the commission, your main task is to keep track of the overal progress, chair the weekly meetings and make sure everyone is functioning properly.

The time this role requires is spread quite evenly across the months preceding the event.

This role concerns itself with the actual content of the day. What will be the theme? Which companies should give a workshop or talk? Who will host the event? Who will speak? Who will partake in the panel discussion and what will the questions be? Will there even be a panel discussion? In short; you get to decide what the day will look like and who will be in it.

The time this role requires is spread quite evenly across the months preceding the event but will be slightly more around half-way through and slightly less before.

Acquisition is usually done by two members of the commission. You will reach out to companies that fit the theme and discuss with them the options for partaking in the event. According to the treasurer’s budget, you will carry the main responsibility of acquiring the funds necessary to organise the event.

The time this role requires is mostly spend in the first and last few months of the period preceding the event.

With planning and logistics your work will converge to the day the event takes place. You will have the main voice in where the event will be held, what the exhibition floor will look like, which lunch and drinks will be served and more. It is your task to make sure that, at the day itself, the rest of the commission and the Team Energy volunteers know where they are needed and what they should do. For that day, you are in charge!

The workload for this role is mostly near the end of the period preceding the event. Though, with maintaining the ticket registration environment, you will have some things to do in the months before.

Promotion naturally comprises the tasks concerned with bringing in participants for the event. This includes the planning and execution of a social media strategy, but also the creative process of physical, on-campus promotion.

The promotion of the event starts roughly half-way the through the period preceding it, and slowly increases once the event gets close.

The treasurer manages the commission’s financial status in the run-up to the event. You will comprise a budget based on the rough first shapes of the event, and will make sure your team will spend the money obtained through acquisition accordingly.

The workload for the treasurer is mostly at the beginning of the academic year, after which the managing of finance will be spread quite evenly over the months that follow.

Often combined or in close cooperation with the function of “promotion”, fulfilling the role of design means that you get to shape the material used to dress the event and the promotion preceding it.

Similar to the role of promotion, the workload is low at the beginning and starts to increase roughly hal-way through.

This is never a stand-alone function. The secretary will make sure external inquiries are handled properly and that during the meeting, minutes are taken.

The workload for this function is spread evenly across the period preceding the event.

Within the Energy Now commission, responsibilities are divided according to a series of roles. The time required varies per role and time distant from the event. On average, you will be expected dedicate no more than 6 to 8 hours per week on your tasks, making it the ideal experience to complement your study with. Often, the commission decides to split certain roles amongst it’s members, you are free to do so too, as long as the rest of the commission agrees.

Above, you will find the roles with a short description of what it comprises. You do not need to have a set preference to join the commission, but it’s good to have an idea about the things you’d like to learn. Don’t worry, with every role you have a say in the process as a whole, the role you occupy simply indicates the thing you are in the end the main responsible for.

On the left, you will find the experiences shared by the commission members that organised the most recent edition of Energy Now. Will you be the once standing on the stage next year? Apply now! 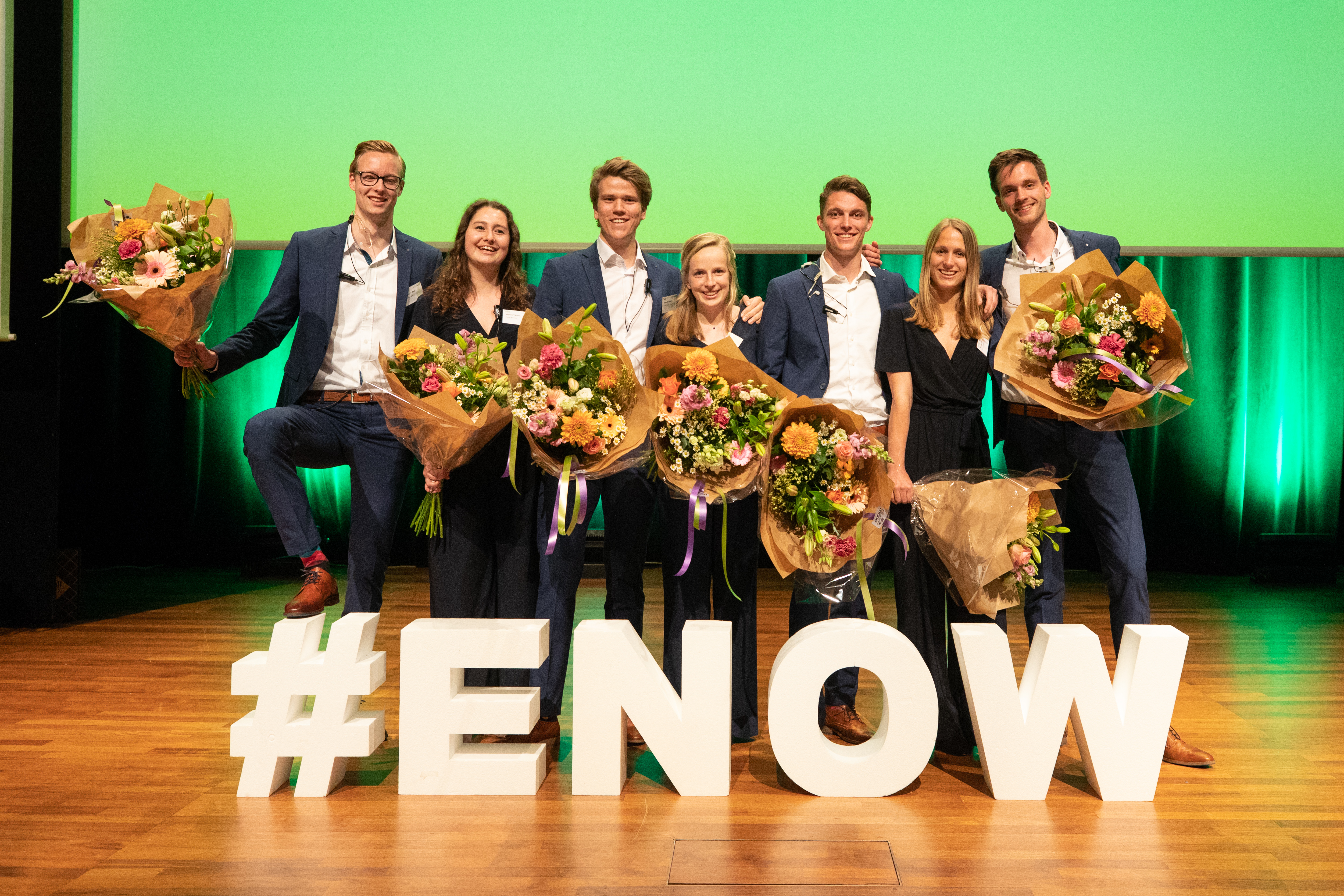